Singing out loud for all to hear is proven to make people happier! So does giving back to a worthy cause. That’s why our Singing Masterclass on March 18th is a no brainer. GSA’s vocal coach Ailbhe Casey will be running a one off 2 hour singing workshop, with all proceeds going to Make a Wish Ireland.

What happens in the workshop?

About Make a Wish Ireland

About the tutor: Ailbhe Casey 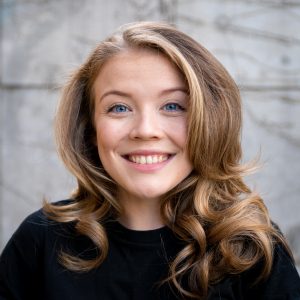 Ailbhe studied a BA in Commercial Modern Music as a Song Writer in the Brighton Institute of Modern Music (BIMM) in the Dublin Institute of Technology (DIT). She has been training and performing as a musician, actor, dancer & singer since the age of 6. Ailbhe received a Level 7 Honours in Piano, a Level 10 Honours in Musicianship and a Level 8 Honours in Percussion after training with the Royal Irish Academy of Music (RIAM) here in Dublin. She has performed in numerous concerts in the National Concert Hall as part of the Symphony Orchestra and Senior Wind Ensemble of the RIAM as well as performing in Norway and Spain. Ailbhe also had the honour of training in Musical Theatre in Walnut Hill in Boston with Broadway choreographers and directors. Ailbhe has performed in many productions including Fame, Grease, Annie, We Will Rock You and Bye Bye Birdie. Ailbhe continues to Direct, MD and Stage manage shows like Beauty and the Beast, Thoroughly Modern Millie and many more. As an actor, Ailbhe has appeared on multiple TV advertisements as well as short films. She was cast in the role of Jenna in Primeval and a music coach in the RTE series Who Are You Kidding? Ailbhe has been teaching in various schools over the past 10 years, teaching singing, dancing & acting and is delighted to be part of the GSA team.