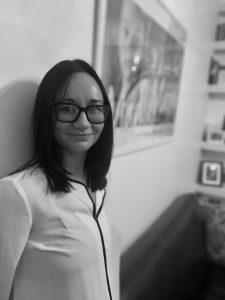 Warmest congratulations to GSA Graduate, Louise Kiely, who has been included in the 2020 Emmy Nominations.

The Class of 2001 graduate, who runs Louise Kiely Casting, has been nominated in the category of Outstanding Casting for a Limited Series, Movie or Special. This is a deserving nomination for Louise’s remarkable work as Casting Director for the hit BBC/Hulu Series, Normal People.

Louise finds herself in the same category as those who cast Mrs. America (FX Network),  Watchmen (HBO), as well as Unbelievable and Unorthodox (both on Netflix).

It’s certainly safe to say that every single cast member was superb in this series, and we’re very proud to have six other GSA graduates among the cast: Desmond Eastwood, India Mullen, Killian Coyle, Liz Fitzgibbon, Sarah Greene, and Shashi Rami.

The nominations were announced on July 28th, 2020 and you can find the full list of the 2020 Emmy Nominees here. The 72nd Emmy Awards will take place on September 20th, 2020 and from all of us at the Gaiety School of Acting, we wish Louise the very best of luck! #LoveGSA