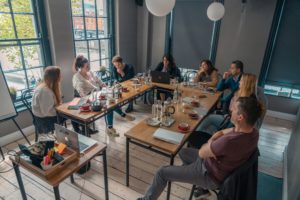 According to the Treaty on European Union and the Treaty on the Functioning of the European Union, the EU is founded on the value of equality and non-discrimination and through its policies should combat discrimination based on racial or ethnic origin. European media played a central role in framing refugees’ and migrants’ arrival to European shores in 2015 as a crisis for Europe. Racist harassment, violence, and discriminatory ethnic profiling are commonplace in Europe, which increases the importance of the role of the media in exposing discrimination based on ethnic origin. Following the Black Lives Matter protests that spread across the continent this year, the EU Agency for Fundamental Rights (FRA) has called on EU member states to step up their efforts. Refugees, ethnic minorities and migrants were given limited opportunities to speak directly of their experiences and suffering. If they were interviewed, they were victimised twice, they became victims of the events and portrayed as a threat to the host societies.

The StoryCo-Op Project to empower rights activation in young adult and their communities to table hate speech and racism in media consists of 5 interrelated outputs:

The StoryCo-op project is built around Recommendations addressed by the  Council of Europe “Media coverage of the “refugee crisis”: A cross-European perspective” report 2017, with the objectives:

A special focus will be put on alternative and innovative forms of participation for young refugees/ethic minorities in developing the resources to enable them to connect with political and social processes affecting their lives, and in this way to combat their discrimination.