Midsummer Night and the Actor’s Dream 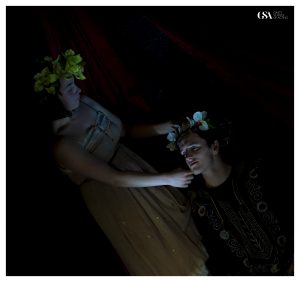 daylight’s reach. Under the spell of this time outside time, there was a magical level of being, throwing ourselves into this or that made-up world with all our minds, hearts and bodies. Or else I’m over-romanticising what drew me to the theatre—and acting—in the first place: All I ever wanted to do was keep on playing well into the night.

But no, it’s not just me: According to the twentieth-century child psychologist, D.W. Winnicott, as children we come to the disquieting realisation that the world does not readily accommodate our every whim and desire. We learn to bridge that gap through a common childhood practice we call play. We reconfigure the outer world in our own images, treating a pile of dirt as a mountaintop or an island, inhabiting scenarios as grownups, astronauts, monsters and our favourite characters from books, television and film. Winnicott draws a connection from child’s play to areas of adult life, in which we continue trying to make the world do what we want through artistic creativity: ‘It is assumed here that the task of reality-acceptance is never completed, that no human being is free from the strain of relating inner and outer reality, and that relief from this strain is provided by an intermediate area of experience … which is not challenged … This intermediate area is in direct continuity with the play area of the small child who is “lost” in play’.

Which brings us to Shakespeare and his canon of dramatic playgrounds in general—and, for the days now around us, to A Midsummer Night’s Dream in particular. With its web of fabulous role-play streams for actors, Midsummer makes wondrously manifest the idea that the actor in effect plays on behalf of the spectator as a living interface between fiction and reality. It may be that we all have the ‘seething brains, / Such shaping fantasies, that apprehend / More than cool reason ever comprehends’, attributed by Theseus to the ‘lunatic, the lover and the poet’ (which should cover all of us at sometime or another). There are shadow truths about life and living to be glimpsed when we throw off the shackles of strictly rational thought and conduct. And actors draw upon special circuitries for converting that imagining into theatrical realities.

Shakespeare is a time-traveling people whisperer; he grabs us by the ears to plant within us other worlds uncannily like our own. His stages provided some of the more direct parallels to the playground in their historical reliance upon convention and imagination to furnish armies, forests, nighttime and ghosts, thereby giving the spectator no small part in completing the creative circuit. His mouth-watering language—very much ours, very much not, very much more—has come to operate as portal to a particular kind of play-happy performance. Many an actor will report the thrill of serving this mouthwatering language, will learn to commit voice and body to the words and then just get out of the way.

It is true that Shakespeare seems to retain unnerving insight into our inner workings from a vantage point centuries removed. One can easily slide over the fact that beneath the dazzle of language lie so many challenging and wondrous gameboards to be unlocked by so many different players. Think of the range of realities ripe for habitation in the Shakespeare canon – and think especially of Midsummer, a boundless playing field for the exercise of actors’ minds, feelings, and bodies.

Characterised by Jan Kott, one of the twentieth century’s great theatre heads, as ‘the most erotic of Shakespeare’s plays’, Midsummer is at the very least a fantasia on love and attraction with all kinds of delectable invitations for actors: Those young ones falling in and out of love so much faster than possible in real life (or not). Lysander goes from a sleeping start to breaking the love-o-meter in no time flat (‘And run through fire I will for thy sweet sake!’). Titania, Queen of the Fairies, similarly goes #fullforceseductive on Bottom, whose head happens to have been ‘translated’ by enchantment into that of an ass (‘And thy fair virtue’s force perforce doth move me / On the first view to say, to swear, I love thee’)—and there is no way that she just wants to be friends. We know too well how Sudden Onset Love Bomb strikes nine out of ten otherwise sensible adults, how objects of affection sometimes bear no resemblance to our cherished waking fantasies. The laughable reversals are explained away by Puckish mischief, but isn’t that a call to the actor’s capacity for grown-up playing of the impossible as probable?

I don’t know about anyone else, but for me part of the thrill of acting—and, in particular, acting Shakespeare—comes from the delight in trying on other bodies, other realities rigged for fantastic angles upon thinking and feeling, no matter how much a production attempts to emphasise lines of connection to our own contexts. How does one approach the challenge of embodying a member of the fairy community? And what variation on human being is provided by these non-human entities, at least the king and queen of which, Oberon and Titania, appear to argue all too much like grown-ups, which is to say like children. From what angle on reality might usefully come the query, ‘Lord, what fools these mortals be?’, so that it carries a different weight than if uttered by one of our own as humans? 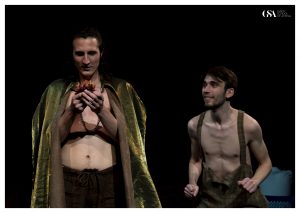 Midsummer makes room for the doubled play frame of living ourselves as actors, sweet, obnoxious, sad, sometimes clueless beings that we are. A child’s version of her mother or father may in passing expose both heartwarming and unflattering truths, and here are Peter Quince’s gang of ‘hempen homespuns’, offering plenty of room for such playful critique. Theatremaking is different than it was in Shakespeare’s day and actors don’t go about their business in the same ways, but his plays still produce the keys to fantastic snares for thought and feeling and we still have Bottoms who want to play all the parts.

Actors are called upon to throw themselves into alternative realities as fully as kids on the playground, and Shakespeare may be one of the most demanding in terms of applying childlike abandon to adult desire, thought and feeling. Yes, theatre is a form of communal playing amongst all those party to a performance – actors, directors, designers, and each new collection of spectators – and Shakespeare remains one of our coolest gamemasters.