It is with immense shock and sadness that we at the Gaiety School of Acting learnt of the passing of Karl Shiels. 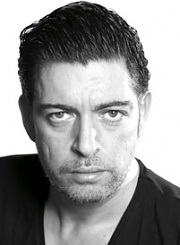 As current Board Member and former student, Karl was a great friend of the school.

With countless theatre credits, Karl was perhaps best known to audiences for his performances on screen such as Peaky Blinders with Cillian Murphy (BBC), The Walshes (ITV1) directed by Graham Linehan, Fair City (RTE) as Robbie Quinn, and his recurring role (Neil Sutherland) in Titanic: Blood And Steel. Screen work also included Foyle’s War (ITV) , Batman Begins, Veronica Guerin, Intermission, Mystics and Capital Letters for which he was nominated for an IFTA for Best Actor in 2004.

Karl was Artistic Director of the Theatre Upstairs at Lanigan’s Bar, Dublin and was awarded the 2013 Irish Times Special Judges Award in recognition of his contribution to Irish Theatre in that venue. It was his work at Theatre Upstairs that gave many theatre makers an opportunity to stage and create their own work. Karl acted as a mentor for many of the younger generation of theatre practitioners and was endlessly generous with his expertise and knowledge.

His loss will be acutely felt by all who knew him, in particular within the theatre community, and by audiences across Ireland and beyond.

Our thoughts are with his family at this time of sorrow, and we hold our dear friend deep in our hearts.